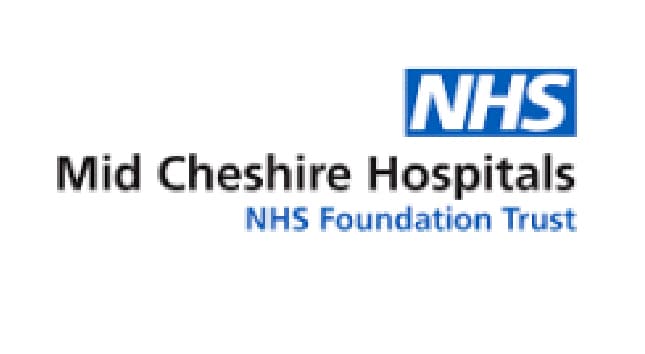 The Patient Experience Network National Awards are the first and only awards programme to recognise best practice in patient experience across all facets of health and social care in the UK.

This project is a compelling example of the importance of listening to patient feedback. Issues with discharge delays trust-wide were identified through patient and public involvement initiatives. The national inpatient survey 2015 had highlighted patient concerns around the lengthy delays when waiting for discharge medication following discharge from inpatient hospital stays. Subsequently a project team led by Amy Chadwick was appointed on AMU to address these delays at a local level, with the view to disseminating and rolling out any successful interventions across other areas of the hospital. By trialling new ideas, and measuring the outcome via PDSA cycles, a robust and sustainable improvement has been implemented. Discharge delays have been significantly reduced since the introduction of the TTO printer on AMU, decreasing the delays associated with the medications aspect of the discharge process and increasing patient satisfaction. This is also being piloted on a surgical ward.

The national in-patient survey 2015 highlighted a number of concerns relating to poor experience at the point of discharge. This was largely due to delays in receiving discharge medications. The main challenge being that TTO prescriptions that were being sent to pharmacy lead to long processing times. This resulted in patients having to wait long periods of time for their medications to be dispensed and low levels of patient satisfaction. The cycle of a TTO begins when the doctor has written the discharge prescription and then submitted this to the Pharmacist for authorisation. Once the TTO has been authorised it can be sent to Pharmacy for dispensing. When the TTO is in Pharmacy it joins the ‘queue’ of TTO’s waiting to be dispensed and checked, along with other items for dispensing such as outpatient prescriptions and inpatient orders. The dispensary aims to achieve a two-hour turnaround time on all TTOs however this can be delayed depending on the volume of prescriptions being sent to Pharmacy and the staffing levels. The aim of this initiative was to bypass the dispensary completely and dispense the TTOs on the ward using available ward stock medications. This was made possible as there is a regular ward Pharmacist and Pharmacy technician on AMU who are able to dispense and check TTOs once the TTO has been authorised. This has reduced waiting times significantly from hours to minutes in some cases.

Having recognised the issues arising from an ineffective discharge process in relation to tablets to take home (TTO’S), the Acute Medical Unit (AMU), in conjunction with the units’ Pharmacist, undertook a project to improve the TTO process to benefit patients’ experiences, reduce waiting times and to improve patient flow. A project group was established, it was important that the project group was agile with the ability to make rapid decisions regarding the project and therefore the group included the ward manager, house keeper, ward pharmacist and pharmacy technician. The group met weekly so changes could be made quickly, to ensure total success of the project. In order to support the change process the group adopted the Plan Do Study Act (PDSA) quality improvement method to rapidly implement and test the changes. The group was clear about what was being measured and by whom, with the clear aim for the project being to reduce the time patients waited for TTO’s, improve patients experience as well improve patient flow through the unit

The discharge process was improved in four phases.

Phase 3 – Review of the collected data and patient complaints/friends and family feedback results. The TTO data was reviewed by the AMU pharmacist on a regular basis, specifically whether there were TTOs that had been sent to the dispensary because they could not be processed on the ward. The main reasons as to why some TTOs had to be sent down to dispensary:

Phase 4 – Sharing of the results. Results have been presented at various forums within the trust, highlighting the benefits to both the ward and patients. The number of concerns raised via the customer care team regarding medication generally from AMU has reduced since 2015. Number of concerns raised through the customer care team in relation to medications on AMU. Years to date: 2015/2016 = 15; 2016/2017 = 10; 2017/2018 = 01. This data in conjunction with the audit data shows a significant improvement in the discharge and pharmacy dispensing process on AMU.

This initiative has been piloted on a busy acute medical unit and has proven to reduce medication waiting times as well as an increase in patient satisfaction around the discharge process. There are plans to roll out similar initiatives in other areas across the organisation, and this is currently being piloted on a surgical ward.

This is a compelling example of how a project team can work together to achieve real tangible improvement for patients. By reviewing current practice and thinking innovatively about how we can do things differently to improve patient experience, the team have successfully implemented a project which offers real sustainable benefits. These benefits include reducing waiting times, length of stay as well as improve patient flow and increase patient satisfaction.

One of the key learning points from this initiative was ensuring communication within the project team. This was done both on an ad-hoc basis on the ward and during organised project group meetings to discuss any developments or challenges encountered.