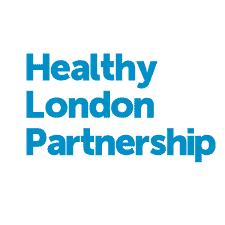 We are a transformation partnership which is funded by the London NHS England and the 32 CCGs in London. Healthy London Partnership is a transformation partnership funded by NHS England London Office and the 32 CCGs across London. The NHS in London came together during 2015-16 to develop and agree a shared plan for the capital. The partnership was established in response to the Five Year Forward View and the London Health Commission. The aim is to take London from seventh in the global healthy city rankings, to the number one spot. The London Health Commission contained 10 aspirations for London. The work that we undertake is organised into transformational focus areas. Each programme aims to solve a different health and care challenge faced by the capital. All aim to make prevention of ill health and care more consistent across the city. The Children and Young People�s programme aims to ensure consistent care for all the children and young people in London to ensure that all children have the best start in life. In the first year we engaged with over 600 children and young people who helped us to shape our programme and develop the programme’s aims and outcomes. HLP employs around 50 staff to deliver the transformation programme with about 10 working solely on children’s health.

NHS Go is an app which pulls advice directly from NHS Choices in an engaging way for young people. The app was designed after engaging with young people that said they didn’t know how, where or when to get health advice or what their rights were. Since its launch in July nearly 13,000 people have downloaded the app. We promote the app through Youtube to reach young people in their space. NHS Go is also promoted through pharmacies, GP surgeries and hospitals across London and feedback from health professionals has been very supportive. The app helps young people to access confidential advice, which ensures that they go to the right professional, if needed, for advice. This means that they will go to the right place for advice the first time.

The app pulls content from NHS Choices, which means that the information is up to date, validated and current. It is free, confidential and as the young people requested branded with the NHS logo. The app consists of three key sections:
� The health A-Z
� A service finder
� Your Health rights
The app can be downloaded on www.nhsgo.uk or on iTunes or GooglePlay and is available to download anywhere in the world.

Our aim was to find a way that young people could find out all these things in an easy and accessible format. The young people suggested that an app would be the best way to do this. Over the next few months we worked with a focus group of young people to plan and deliver the app that they wanted.

After the initial engagement event with young people we ran a series of workshops with young people to design the contents, feel, image and usability of the app. The young people were involved in every decision. We held focus groups with young people in Croydon and with the sexual health organisation Brook. From these sessions the app was developed. They determined:
– The name of the app
– The recognition that this was an NHS product
– The colour scheme
– The layout of the app
– The way the content was presented
– The confidentiality of the app
We also completed a survey where 500 young people responded to what information should be included in the app. This included the topics: sleep, LGBT, family health, long terms conditions, anxiety and depression, young people’s health, puberty and growing up, allergies, colds, flu and pains, smoking, drugs and alcohol and eating healthily and exercise.

Young people were also involved in the tender process to select a company to develop the app and the marketing app. They were crucial and present at every key decision-making point and as a result created an app which worked for them. Since the creation of the app, young people have been consulted on which Youtubers they think we should use in developing the app and what topics they think we should refresh and promote. The next step will be to run another focus group with young people to start evaluating the app.

The app was released in July 2016 and so far 13,000 people have downloaded the app. Given that the app has only recently been released we are still gathering some of the qualitative data on how the app has been received by young people. In the last week we have implemented an in-app rating which allows young people to rate the app and leave feedback after they have accessed a certain number of pages on the app. The results of this will be available shortly and will be collected on an on-going basis. In the next month we will be gathering some qualitative feedback from the young people on how the app feels and its usability so we can start to improve some of the aspects and develop it further. We have also gathered feedback from the YouTube videos which have been released, able to pick up on the aspects which aren’t working and ensure that these errors are corrected.

We currently can collect data on the number of downloads and the impact of some of our marketing campaigns from YouTube.
– So far we have had 13,000 downloads
– We know how long a user would normally spend in the app when using it this is above the average for all apps about six minutes which indicates that users are engaging with the app more so than they would with other apps
– we have 220,000 visits to our landing page
– we have had 300,000 views of our youtube video
– after a youtuber posts a video promoting NHS Go we can see a spike in downloads of anything between 100-400

The app is available to download anywhere in the world, we recently opened the market internationally to support international students who may be moving to the UK. This app can be promoted anywhere in the UK. Instead of all 32 CCGs in London developing their own app, we developed one which works everywhere and put together a strong marketing campaign to support it. Organisations that are interested in the app can download the promotional materials on www.nhsgo.uk and promote it in their local area, they can also use the YouTube video https://www.youtube.com/watch?v=mMBVW2lKtj0 and any of the supporting videos. We are sharing the app through social media, through presenting at conferences and through publishing our work on the Academy of Fab Stuff, we always welcome any feedback and we are happy to help with any queries.

This initiative does something completely unique in that it inhabits the space of the young person instead of asking the young person to come to the NHS. Traditionally, we ask young people to come to us to get health advice, to help us change services, to give us feedback, but the app inhabits a space they work in. However, what is even more innovative is the fact that we listened to young people and we now market the app in their space. Using youtubers to promote the app has proved highly successful, it also has never before been done by the NHS. So often in the health service we create a brilliant resource but we don’t share it with the public in a way that engages them, this uses a completely new approach, engaging with the new technological age to promote a resource in a space that young people use and by people that young people listen to. Our creative approach to marketing has led to 13,000 downloads and the number is increasing. The fact that we listened and involved young people from the inception to the evaluation has meant that we have got it right for young people and they now have access to the health advice they need in a format they can engage with.