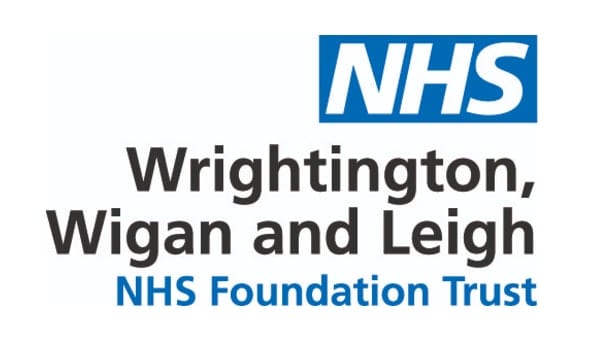 Wrightington, Wigan and Leigh NHS Foundation Trust is a major acute trust serving the people of Wigan and Leigh. Innovative and forward thinking, the trust is dedicated to providing the best possible healthcare for the local population in the Wigan Borough and surrounding areas.

The Trust aims to continuously provide safe and good quality care to all patients. Over 220 million is spent each year on a diverse range of reputable general and specialist acute services.

The ‘WWL Way; is a vision for understanding, implementing and embedding sustainable staff engagement in Wrightington, Wigan and Leigh NHS Foundation Trust (WWL). It has grown out of a long history of successful staff engagement initiatives that have delivered positive outcomes to staff and patient care, and has developed into an evidence-based measurable pathway model and robust strategy for staff engagement.

Our long term objective is to embed a sustainable positive organisational culture, through strong leadership and by giving staff at all levels the information, tools and encouragement they need to self-sufficiently enhance engagement throughout WWL. Our forward-thinking approach to staff engagement has already received national attention because of our ‘gold standard example of a systemic and sustainable programme to improve staff engagement and satisfaction’ (HPMA). We believe our approach has the transferability to make a huge impact on the wider NHS.

The WWL Way has created a framework to continuously measure and improve engagement, identifying specifically the factors that are enabling engagement at Trust level or at a team level. Not only that, it directs staff and the Trust towards the right tools to address specific staff engagement needs, creating a bespoke solution as opposed to ‘one size fits all’. In addition, strong leadership and staff side sponsorship and consistent communication has ensured the WWL Way has become ‘the way we do things’ and an authentic approach as opposed to a tick box exercise. The difference the WWL Way has made to patient care, quality and experience has been extremely encouraging.

Practical application of these tools can be observed at the following link: http://www.youtube.com/watch?v=lTNZCdfMKV4

We needed a joined up approach where all initiatives were accessible as tools to all staff, and used in the appropriate places. We also needed to understand how these tools were influencing the cultural conditions at WWL e.g. what was the cause and effect? By knowing this we could understand and regularly measure their impact, to create a continuous improvement approach to staff engagement.

Our validated ‘WWL Way’ quarterly diagnostic survey and extensive engagement toolkit are now used together both at Trust and Team level, to measure, track and continuously improve the enablers of staff engagement and ultimately our organisation’s performance.

Our Staff Engagement Pioneer Teams 26 week Programme allows teams to use the survey to identify their specific engagement needs. Our new ‘WWL Way toolkit integrates our initial trio of initiatives into eight staff engagement tools. It offers a choice of solutions to apply locally, avoiding a ‘one size fits all’ approach. The Programme helps teams feel empowered to engage in, and offer up, service improvements through their own initiative.

Who Made it Happen?

In 2014 we have seen continued improvement in our Trust-wide engagement scores as a result of a range of organisational activities aimed at addressing development needs identified through our quarterly staff engagement survey. We have seen significant improvement in two particular engagement enablers: Trust (staff feeling trusted and empowered) and Working Relationships (staff feeling supported). These improvements have been supported by proactive work to develop our leadership skills, extending the use of communication cells and listening to staff. As a result we have seen significant improvements in staff advocacy (staff recommending the Trust as a place to work and a place to be treated) which has risen by 14% since January 14. We have also ranked 22nd out of 241 Trusts in the 2014 Staff Friends and Family test results (released November 14), compared to 54th place in 2013.

We have seen a 7% overall improvement in engagement collectively amongst teams, one of which improved by 25% over six months. This was all measured and achieved through our staff engagement pathway framework, and the hard work of our own staff to take ownership and action.

Staff engagement has also enabled us to achieve Quality and Safety Improvement between 2007/08 and 2013/14: